According to Mr. Mavrogenes, it’s about relationships and keeping people informed.

He has increased operations by bringing Amazon® cargo operations to the Stockton Airport.

Mr. Mavrogenes looks beyond the typical airport funding options, acquiring a $9.7 million commitment for the Federal Inspection Station from the local Council of Governments. This facility is key to bring international flights from Mexico and other international locations. For Mr. Mavrogenes the key is planning for the future. He looks to be ahead of the curve, so when a company is looking to expand, Mr. Mavrogenes and the Stockton Airport are ready. 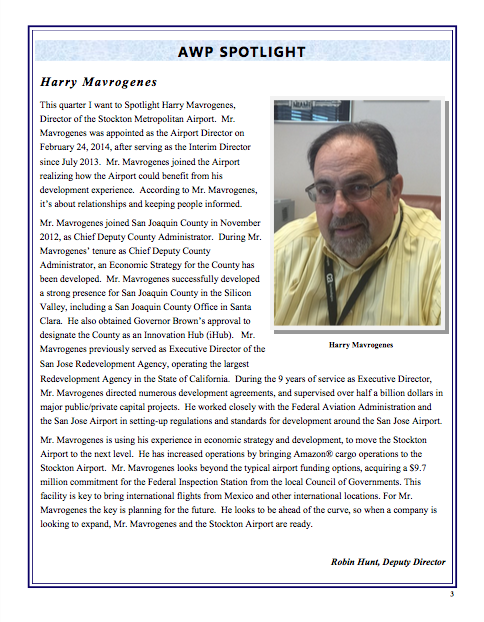